Is it time for Bansko? 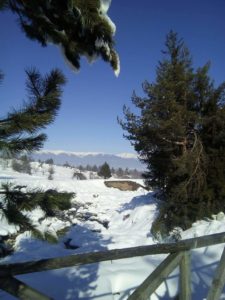 This photo I made with my phone in Bansko, on my way to the slopes. It looks like a card, but it is not. It looked like the whole resort until 15-20 years ago, say familiar. I do not know what it was because I’m overpopulated. In feverish construction and cohabitation of luxury foolishly put shoulder to shoulder a bit like in India. The idea of ​​the old part has long faded with the new one and is about to fade away – like an old picture. Inevitably, the struggles for independence and sacrifice given in this as if always a troubled area seem somehow today. Told – in the sense that the natural riches that are visible and the industrious (today enterprising) people have always attracted the greedy gaze of conquerors. The story repeats itself with different methods and scales according to what the era allows.

Once this region was released last – 34 years after the official end of Ottoman rule in Bulgaria, because the Zaptita forgot to withdraw from there and continued to enjoy the locals with their presence! As long as it was necessary for bands led by Yonko Vaptsarov, Hristo Chernopeev, Peyo Yavorov and Lazar Kolchagov to intervene more firmly and so gain the real freedom of the people three decades after the Liberation of Bulgaria.

Why do not we learn from history?