This was the place where a decisive battle took place in the autumn of 1444, after which, in practice, we fall under Turkish slavery. Today, here is a wonderful place to go for, but it was never quiet and quiet – there was a clatter of guns and cries of wandering warriors. The desire for power and the demonstration of power were completely natural for the Middle Ages – that raw time, filled with cruelty, uncertainty and too short a life. A memorial from then keeps the fortress Petrich Kale – shortly after Beloslav, in the direction of Razdelna. 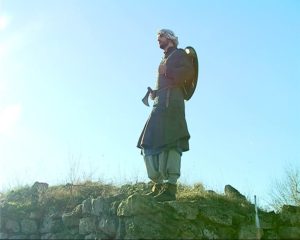 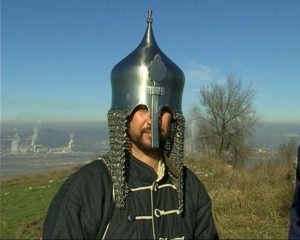 “Excavations were in the 1960s and 70s – it was a rather large project between the Varna Museum and the Military History Museum in Sofia,” says Dr. Maria Manolova, Deputy Head of the excavations of Petrich Kale, archaeologist from RIM – Varna, with the aim to build an architectural base, which was to be used in the subsequent archaeological excavations, but in the 1970s, at the foot of the hill, where today is the large Devnya plant, Devnya’s factories are open to settlements and necropolises all the forces of the researchers are headed in. And Petrich Kale remains in the background. “Thus, they actually complete the research on the site, revealing a well-preserved fortification system with stored up to 2-3 m walls and one gate. the completion of the excavation remains forgotten, and it can be said that the fortress, built in the 5th-6th century, functioned in the early-medieval period, although the traces of it were not very large. The fortress was restored in the 12th century. Since then, there has been a lot of material – ceramics and coins. The date on which it was destroyed was November 7, 1444. 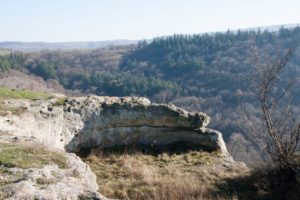 Nearly half a century after the first brief studies, archaeologists have resumed the excavations – albeit briefly. They fall into the foundations of a 14th-century church and part of a necropolis. This object has not yet been sufficiently studied. Much of the site’s researchers have been lost over the years. This is one of the last strongholds that fall under the sword of the Ottoman conqueror – before Varna and the last battle of the Polish King Vladislav III Jagello, later called Varnenchik. Three days before the 20-year-old leader of the elite army remains forever in history, he is making a successful battle here and winning it. From what they found, archaeologists conclude that this military fortress was well fortified, it guarded the passages to the Balkan Mountains, but had good visibility to the north. The unique at the fortress are the secret ladders cut into the rock. They are the fastest way to deliver provisions – food and water in the event of a siege. It could have been used in both peace and wartime.

But that’s what it looks like for the uninitiated! 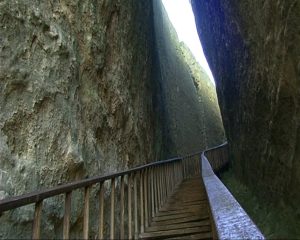 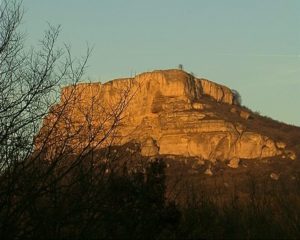 You can stay close to this place and spend your nights – staying at Petrich Chalet. Near it and the fortress is the rock wreath above Razdelna. 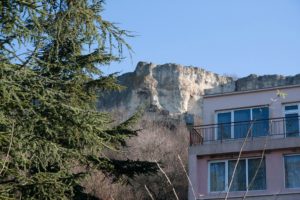 It is also so close to Varna and at the same time – as different as an experience.

The pictures illustrating clothing and fighting are members of the Chigot Association.

“We gathered, we saw that we had similar interests and did something that was not done in Bulgaria. Stylishly stick to the historical truth and every detail to be according to the sources, “says Yassen Nenkov. He tells, for example, that the helmets have stored them in sandboxes to remove much of the rust. Their armor was never 100% glossy and beautiful, but it was important to keep you alive! “, Adds the medieval picture with his knowledge Ilian Lasskov. Studying their food, they came to the conclusion that forces for the debilitating battles had received from her, mercy for her life – by faith. “Contrary to beliefs, their diet was quite varied. There were no such products as tomatoes, potatoes, corn, but they had a wide range of other products, such as young leaves of salad and soup lime, plus many pulses – lentils, peas, wheat, bakery products, and for the higher ones in the social ladder – and game, “Tsvetin says of Chigot.