Is garbage the fuel of the future?

And what are the implications of this for nature and us – with this question started the Sixth National Conference on Democracy in Varna, organized by the OCOSUR eco association and funded under the Norwegian Active Citizenship Program. What happens to the Italian garbage after it became clear that the freight traffic of the Port of Varna is mainly waste that goes to the cement plant in Devnya for incineration. Thus, the expensive raw material (coal) was replaced and free raw material was provided. Even the Italians pay for it! The fact is that in our country many thermal power plants want to burn waste along with coal and do it. But in fact, of all the TPPs in the country, only Plovdiv has permission to burn garbage, all others do it illegally, under the guise of other activity. This is a big business in today’s increasingly consumer society, where waste is growing and there is nowhere else to store it. There is still no serious debate on the subject, and there is no critical mass of protesters to show their categorical intolerance. Because the smoke from the burned garbage / which contains heavy metal, incl. And mercury / pollutes not only the air, the ashes from the burned waste pollute the soil, and hence our water and food. The problem is relatively new and there is no statistics on how big it is, but expensive laboratory tests / approx. 400-500 BGN / per sample, do not encourage monitoring. In order for this situation to be a good outcome, citizens must be united and active. As well as informed. This is the formula according to Ilian Iliev from the eco organization, because otherwise the governors cover the inconvenient truths so that there is no tension among the people. And anyway, they are poisoned. Gradually and constantly. The problem with toxic air comes from the fact that in cities, 90% of people are heated by wood and coal, although it is actually more expensive than if they were heated at the time of electricity. As a solution: waste reduction and separate collection, for import – higher fees and increased control over the import of garbage in our country, and for the future – the use of renewable energy sources. Reduce the fees for producing energy from the sun and wind themselves. During the conference, a good idea for the unemployed in the small settlements was given – to give them vacant municipal lands and those from the residual land for cultivation. There is one in every municipality. And this kind of social assistance is more useful than any amount. The idea is for people to grow non-technical crops with eco-ways and be able to export the rest of their produce to the market. Such a proposal has already been submitted as an idea in 35 municipalities in Northeastern Bulgaria – on the territory of Varna, Dobrich, Targovishte and Shumen. However, their response was formal and passive, and environmentalists came to the conclusion that if there was no government procurement for this, this option would not be implemented. Another problem that was addressed was the substitutes on the Bulgarian Black Sea coast. The combination of forest and agricultural replacements / pastures and dunes / by Green Laws amount to BGN 700 million. Environmentalists have been trying for years to protect Herakli, Karadere, Kamchia Sands and Golden Sands, Krapets and Shabla and have found major discrepancies with which the state is damaged. Loose forests in peripheral areas are replaced by appetizing terrain at equal prices. 132 such swap transactions were valued at BGN 80 million in total. However, reference to the market prices of only ten of them shows that their price is BGN 1 billion and BGN 80 million. only there. An investigation into who owns and to whom the money is made reveals several well-known names in politics and economics, except for transaction # 1, which is the largest in the Kamchia Sands. According to the documents, the wild beach is a pasture. Green Laws have doubts that Russian interests are involved. 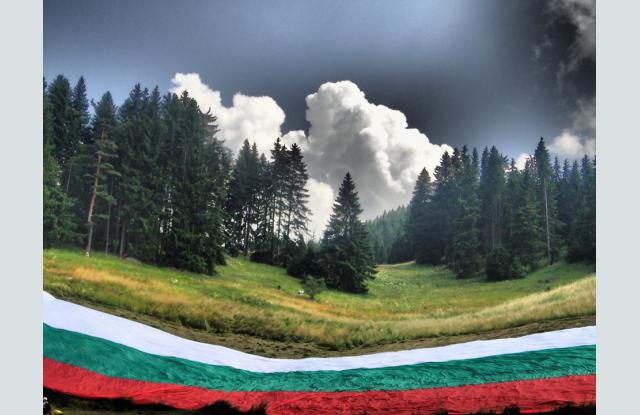