Last night I told a story of new friends with whom we went to eat after a business event. I had not thought about her for a long time, it happened years ago. I do not tell her often. But I thought how destiny chooses us to become witnesses or participants in one or another and how our actions solve the fate of a place. Are we at random or are we selected? Do we have the power to change / influence the course of events or is it designed? And how much. What did this experience give me, and what else could I do then, I asked myself this morning. Or is it just an example of one mind when we think that we know everything or have the whole picture. We rarely have such a look though.

It was some time ago. I was working in a real estate office as a broker. No pay, only a percentage on a deal. Then I realized that people were lying, but a lot … and that I obviously lived in a pot. Momren’s times … My mother was in bed and soon died. The mood was not the highest. At that moment, it was at noon and I was alone in the office when three elderly men came in. One with a cane, hardly moving (92 years old), the other – a few years younger than he was hard to hear, and the third – their taxi driver. They told him: “He leads us to a larger real estate office.” And he was driving them on the charisma / understanding “Maria Louisa”, where most of the strong companies were then. Before we passed through Kirov, it was closed. They handed me sheets – slightly larger than the usual A4 format – in words written with “o” at the end, as was the orthograph before 1947. Originals, not ones that were later falsified. They were gold land for decares. Near Grandda (near Evksinograd), where Abatco Village Villa was located. With land ownership and all 16 hotels / buildings that were there … I asked where they got these papers. The elderly men turned out to be brothers who for years have not returned to the country because they live on a Spanish island. There were children. Their parents were the courtiers of the royal family, until they had to pack the luggage quickly and leave Bulgaria forever. For gratitude to have helped them and made them alive and healthy, they received these papers. They have hardly ever expected to have value. But they guarded them, and from time to time they were checking what might cost them and could they get it. They gave a remote lawyer to Sofia to investigate the assignment, but nothing came of it. Then he came to the spot. With me … I could not do otherwise, but I immediately picked up the phone and dialed the boss’s cell phone to tell him that he had clients and best served them personally. He did not understand what I was telling him, and he gave me the ball, because he was having lunch … “Come right away!” I said more abruptly and in a tense tone to realize she should not miss that chance. And he still did it. The rest is a story, as they say.

This piece of land was redeemed at $ 25 per decare, provided the market price was around 100 … and subsequently resold and scattered several times. With the accompanying pehliva struggles, of course! To make it a paradise with lots of greenery and space between them, where the sea breeze – an overbuilt neighborhood with a labyrinth of distorted passages between them. Did I have a chance to save or prevent this? I do not know … Am I guilty that with my loyalty then I did nothing else? Whether there would be another way out for the trees or a matter of time – I do not know yet. Probably not. Because the office was listening to the police anyway, though it was not obvious. But the bosses knew it and kept their special conversations outside. For every case. 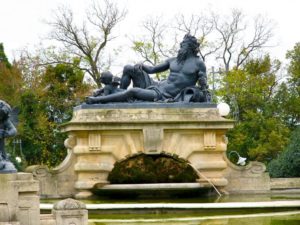