The Teketo in Obrochishte is one of the places with very strong positive energy, which attracts thousands of tourists all year round. It is the largest on the Balkan Peninsula – with its height of 12 meters. The healing tattoo of the inscribed father has helped for centuries thousands of believing Christians and Muslims to divide with all sorts of illnesses.

The seven-story buildings of the former Dervish monastery are built in an ancient Thracian way – the stones are soldered with molten lead between them. In the Türkee of Tekke (or in the mausoleum at the monastery) an old custom with an energy chamber, which is why the believers come, performs also curious tourists. He is the following one: three laps are made around the saint, he can sit or lie next to him, the back rests against the acting power of the saint, Ak Jazul Baba. But he was also equal with Athanasius, who later called Saint Athanasius, and fell because he was expelled from Greece for the confession of Sufism. Whoever is buried in the sarcophagus, he heals to this day. In the opening (energy chamber), a hand was pulled to be healthy or to heal. There is also a five-year-old mulberry in the yard of Tekke, which is believed to fulfill desires. It is enough to find it, and rest your palm, back to the old tree. 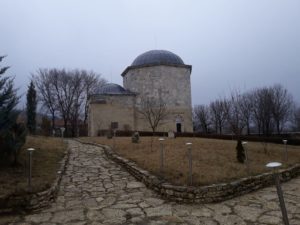 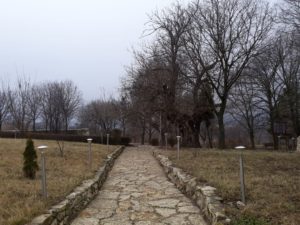 And it has survived through all sorts of vicissitudes of the time, “for a while” to get away with life when meeting with the implementation of a European program for the restoration of the complex. The reason – that the people who were responsible for this until the approval of the plan had not been there and plotted the computer drawings in a vision-friendly way. Which means that they have set a stone path to pass right there! And the mulberry tree would be cut off … The long-time curator there – Nevia Filipova (who is literally the guardian of the place) managed by diplomacy to change that and the path eventually passed two meters to the side.

The colleagues from the past (understood the travelers) described that when they passed from there – through Obrochishte, there was a dervish monastery with several buildings and hundreds of monks. They received people for healing – free of charge, except that they treated them and had them with food for three days. This was done in Imaretta / the largest visible building today /. It is also a seven-story, except for the rectangular antechamber, which is built in a later period. The illiterate today is used for the stage of the traditional folklore fair or other events. It can still be seen the huge place dedicated to the monastery ladle and the seven-foot chimney, from which white smoke comes out. 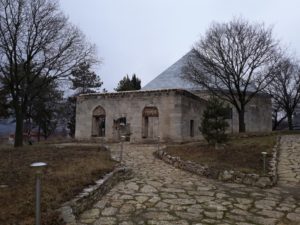 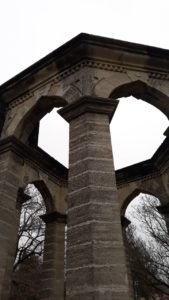 It is believed that seven is the divine number – seven are the days of the week, seven are the tones in the range, the arc consists of seven colors and every seven years the human organism is being renewed. That is why the Imaret ended with a seven-layer wooden roof covered with sheet metal. In the middle of the building there was a fountain. The dervishes themselves treated people as they fell into a deep meditation with rotation, in which they received the specific guidance for that person. 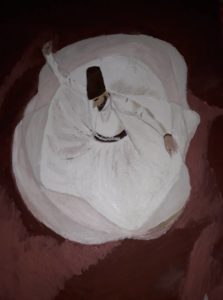 Much can be said about the dervishes and the Tequeto in Obrochishte, but it is best to visit it yourself and take what you need for the moment. For the final, I will simply quote one of their basic laws (the Sufis) to see how humane and similar to the Christian principles they are:

“Compassion for the young,

generosity for the poor,

respect for those who know. ”